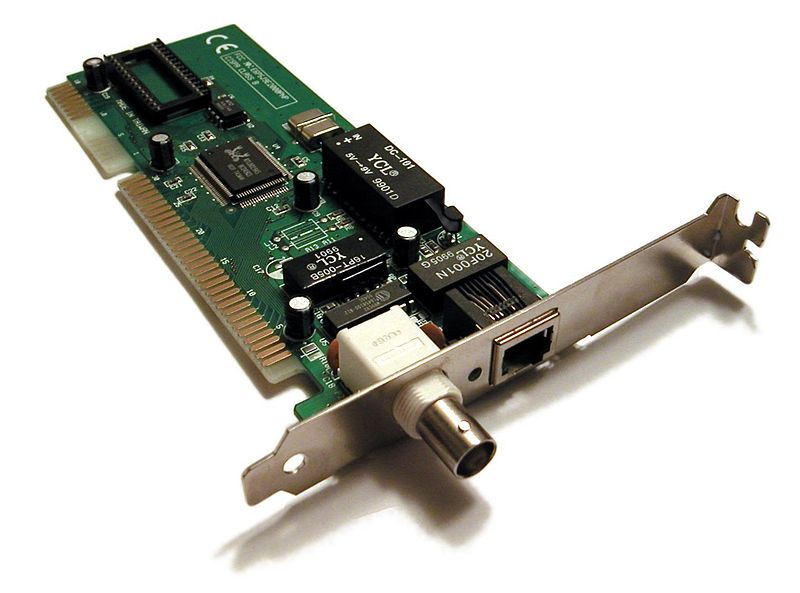 Advancements in the processing power of laptops mean external network cards aren’t worth it for most people. There has been a one-trillion-fold increase in processing power since 1956 which means your computers and laptops can now easily handle network connections using their integrated adapter.

Network cards became incredibly popular in the developer and gaming community among people who like tweaking their computer setup. Customizing your computer means you can ramp up performance to handle heavier usage – whether it’s gaming or enterprise-level work.

Some custom components have a far greater effect on the performance of your computer. For video games, a top-notch video graphics card will always serve you well. But are network cards actually worth it now?

Let’s take a look at what a network card is then explore the reasons why external networks cards may not be needed in modern computing.

What is a network card?

A network interface card or NIC can sometimes be referred to as an ethernet card or network adapter. The primary job of a network card is to prepare, send, and control the flow of data on a network. It helps you to connect to your home wifi and is the reason your devices have access to the internet.

Back in the 1990s network cards were not a built-in component on a computer, they were plugged in via expansion cards. However, their popularity and necessity have meant they saw widespread adoption in home computing. This drove the cost down and nearly all computers now have a network card but directly into the motherboard.

Network cards essentially act as your gateway to the internet are incredibly important. Modern network cards also lower the burden placed on devices like your CPU.

Are network cards worth it?

Most modern motherboards come with gigabit Ethernet ports as standard so having an external network card is not worth it. The IEEE 802.11ac which is a wireless network standard for gigabit per second data transfer has been available since 2013, so is nothing revolutionary.

Most modern laptops and phones come with that standard network card which will easily get the job done for most people. Let’s take a look at a few key reasons why network cards may not be worth it.

Your integrated adapter is more than capable of handling the typical demands of a home computer user. Modern computers and laptops are now capable of a gigabit per second network data transfer which is far beyond what most people will ever use – even when streaming or gaming.

For performance bumps, you would be far better spending money on a new processor, SSD hard drive, or a video card. These components will give you a noticeable improvement in user experience.

If you have an older computer or laptop it may be worth getting an external network card to boost connectivity. Super old school computers were designed when onboard LAN solutions were not a thing – so network cards were essential.

Older models may have built-in network solutions but they tend to eat up a lot of your processor and chip resources. The knock-on effect is a flakey connection as your computer can’t handle playing games and connecting to the internet simultaneously.

Aside from that, you will want to get an external network adapter if your current NIC has failed or is being flaky.

An external network card may still be worth it if you have specific features in mind. If you are planning on using it for link aggregation, getting a dedicated network card may be the best option.

If you aren’t happy with the features of your onboard network card then switching it up may be a good option. But as I said, most computer users won’t even notice it. So unless you are going to spend $100+ you won’t notice the difference.

Network cards are still incredibly valuable if you plan on doing enterprise-level work that requires a high-performing network. For creating port channels, asymmetric networking, and sending numerous VLANs through your computer, an external network interface card is absolutely crucial.

Network cards have gone a similar route to sound cards. Dedicated sound cards used to be essential because our CPU was not able to handle the processing of both sound and other functions smoothly. However, with the improvement in processing power external sound cards, like network cards, are slowly fading into obscurity.

You are likely to see small performance increases but for the $100+ price you’d need to spend it isn’t necessary. It’s why they have become largely redundant.

RELATED How do software and hardware work together?

Do network cards make a difference?

External network cards are largely redundant for your average computer user. However, there are some situations where network cards make a difference, these include: