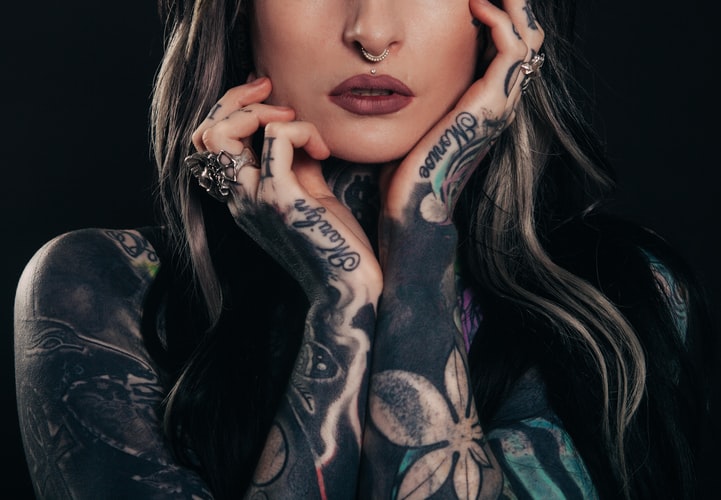 The world has moved on from the clean-cut businessman in a suit from the 90s. Dress codes have been relaxed and in many workplaces having visible tattoos is not an issue.

As companies modernize, employees have been given more leeway to wear what they want and look however they please.

However, it isn’t as simple as that.

It may be more difficult getting a developer job at particular companies or in certain industries if you have tattoos.

Let’s take a look at different aspects that will impact whether a software engineer can have tattoos.

Tattoos: Can software engineers have them?

Tattoos have become more socially acceptable and the number of people with at least one tattoo has increased by around 10% over the last decade.

But certain industries can be stricter than others regarding their tattoo policy. Some new software engineers are often worried about how a tattoo can affect their chances of getting a job.

Let’s take a look at the factors that affect whether a software engineer can have tattoos.

There is a big difference between a tattoo that can be easily concealed and those constantly on display.

Having a tattoo that can be hidden by everyday clothing isn’t likely to cause you any problems when looking for a new job.

Unfortunately, there is still a stigma against visible tattoos on the face, hands, and neck. It means that tattoos in these locations may work against you at interview time.

As a software engineer, most companies don’t care about your appearance but whether you can code or not. But unfortunately, a facial tattoo is going to be more off-putting than something that can be hidden by a shirt.

If you have a visible tattoo consider using tattoo concealer or something similar.

Most tattoos are harmless and a way for an individual to express themselves artistically.

Whether it’s a rose for a loved one or a significant date, each tattoo is likely to have a special meaning.

Software engineers with personal tattoos that reflect a part of themselves are unlikely to run into any problems when applying for a job.

However, if you have any hateful or obscene tattoos you are going to find it difficult to land a job. Not just a developer, most employers aren’t open to employees supporting racist or homophobic ideologies.

The industry that you decide to enter as a software developer with tattoos can impact how hard it is to get a job.

Government jobs in education or the army are stricter than mom-and-pop retail stores. For example, the army has a blanket ban on facial, neck, and hand tattoos. The same is true for many school districts and financial institutions.

Tech startups looking to attract young talent almost certainly won’t care if you are a software engineer with a tattoo.

The same is true for the tech industry in general. There is a massive shortage of software developers in general, despite some people claiming development is oversaturated. Therefore, good talent is hard to come by without placing restrictions on people’s appearance.

A lot of startups are fairly inclusive and will look past any tattoos on their software engineers.

Arguably the type of role you’ll be entering is the biggest factor in determining whether a programming job will allow you to have tattoos.

Most developers don’t interact with clients and customers so their appearance isn’t subject to outside scrutiny. We discussed in our “Is Software Engineering Fun?” article how flexible dress codes are for programmers.

The same logic can be applied to tattoos. As long as the tattoos aren’t offensive, you will be fine having a visible tattoo as a software developer working on internal projects.

Being a programmer is different at every company, the same is true for how you will be treated with tattoos! It’s always worth checking their policy on it beforehand.

The rules on staff tattoos are going to be different if you are client-facing. Some developers work as consultants at client sites, deliver end-user training, or regularly interact with customers.

If you are a software engineer with a visible tattoo and looking to get into a client-facing job it may be more difficult.

Companies are very particular about their image and they may feel the Rick and Morty tattoo on your hand doesn’t represent them well enough.

Again, this depends largely on the type of company and industry you’re in.

If you can hide the tattoo with a long-sleeved shirt or trousers, you can definitely have a tattoo as a software engineer.

RELATED Is software engineering boring? 6 reasons to get excited

Can engineers have tattoos?

As an engineer, you can have tattoos. A study of more than 2000 people found you were no less likely to be employed if you have a tattoo. Also, earnings were the same on average for people with and without a tattoo.

Times have changed in the engineering world and policies towards tattoos have become more relaxed. A third of people now have at least one tattoo, and the majority of people with one also have multiple.

However, there are caveats to engineers having tattoos. The location and type of tattoo can play a big part. Easily covered tattoos will go unnoticed by your colleagues, whereas face or neck tattoos may give you some trouble.

You may also get some pushback from a business if you are going for a job where you interact with clients. Often they want to maintain a certain “image” and tattoos on their engineers may not fit in with this.

Generally, it all depends on the type of company you want to work for and the industry they are in.

Getting a job if you already have a visible tattoo is going to be far trickier than getting one whilst working for a company. Dress codes and general policy are a lot more flexible once you start work.

At the end of the day, they have the final say on company dress codes.

RELATED How long do software engineers stay at a job?

It is highly unlikely that having a tattoo as a software engineer will count against your career.

Long-term success is about proving your worth and staying competitive in software engineering.

For junior developers, it may be slightly more tricky to get your first step on the job ladder if you have some wild face or next tattoos. But anything other than that and you will be fine.

If you have visible tattoos that would want to minimize or hide during the interview stages you have a few options.

As the popularity of tattoos has continued to grow, the market to conceal that has expanded too.

You can find some incredible options to help you cover up a tattoo when it is most needed. I’d recommend the below.

For forearm and calf tattoos a skin-colored cover-up band is your best bet if you don’t want to use makeup.

If you have tattoos that extend down to your hands and are worried about how it will look in an interview then an artificial sleeve may do the trick.