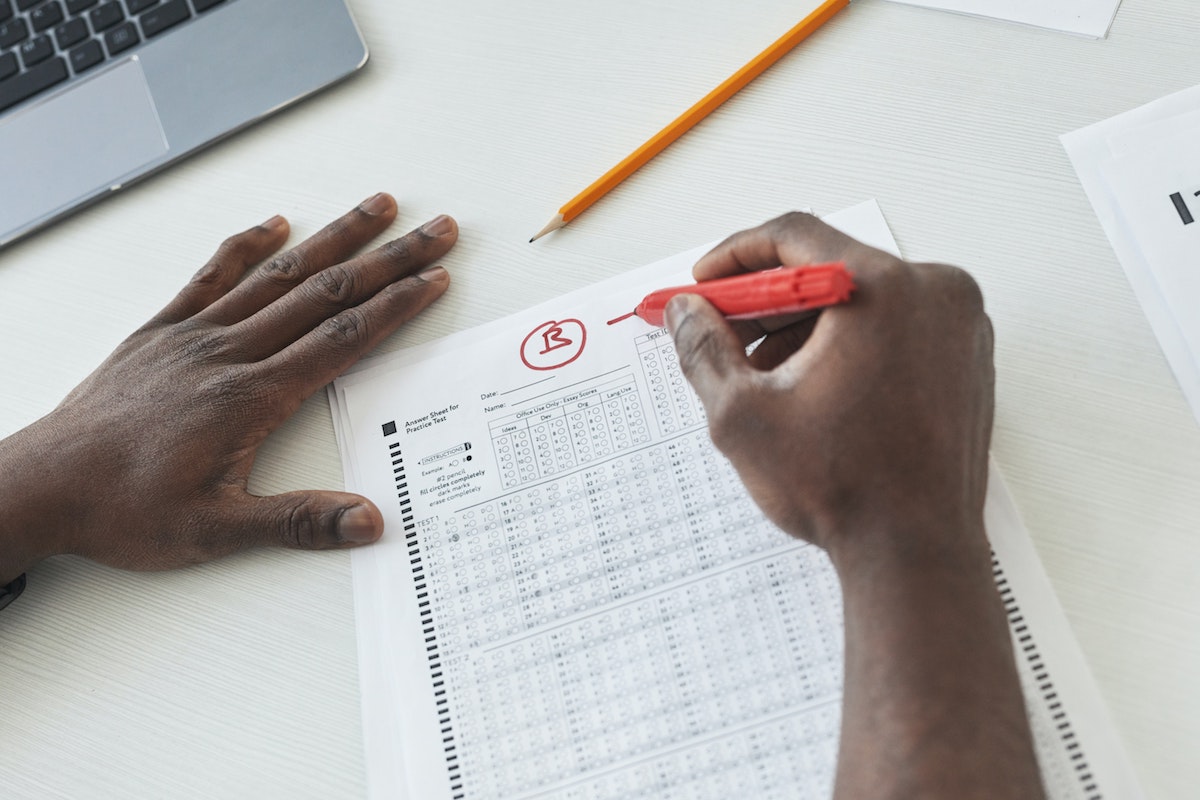 Tech companies do care about your GPA. However, while GPA certainly matters when it comes to getting your first job in tech, it’s not the only factor that companies look at. Most employers only put weight behind your GPA if it is your first tech role or you are straight out of university. Anyone with an average slightly above or below 3.0 shouldn’t be worried at all.

Once you have gained some experience as a software engineer, your work history becomes far more important. A year or two working at a FinTech company speaks far louder than your grades at school.

In this blog post, we’ll take a closer look at why tech jobs care about your GPA and what grades you need to be successful in the industry. We’ll also explore which companies are more forgiving when it comes to GPAs and which ones place more emphasis on academic success.

Table of Contents hide
1 Do tech employers care about GPA?
2 Are there companies that don’t care about GPA?
3 Does GPA matter for a Google job?
4 Does Amazon require a good GPA?
5 Apple GPA requirement
6 Resources
6.1 Related posts:

Do tech employers care about GPA?

Overall, your previous work experience will carry far more weight than your GPA in the majority of hiring decisions. The average computer science graduate has a GPA of 3.13 so if you are around this mark it isn’t likely to matter. Only an incredibly low or high average is likely to raise many eyebrows in an interview.

However, if you don’t have much industry experience or are straight out of college, your GPA may be a bigger factor. If an employer has nothing else to go on they will look at college grades as a predictor of future performance. It’s why getting an internship or some work experience during college can pay dividends once you graduate. But a lot of employers may not even ask for your transcripts anyway.

The pursuit of a good GPA stems largely from the belief that employers put a lot of credence behind grades. In reality, 84% of business leaders stated that a candidate’s knowledge is the most important factor when hiring, followed by their applied skills.

The reasons that GPA is not that important at most tech companies include:

A good GPA shows hard work and determination over a long period. It shouldn’t be dismissed and is a fantastic achievement. However, it is not the only thing that tech companies look at when hiring new employees. Besides, a low GPA may not count against you as much as a misdemeanor.

Why tech jobs care about your GPA

We have already mentioned that other factors affect the hiring decision more than GPA, especially for experienced developers. With a job shortage of more than a million people in the IT sector, it may not make sense to dismiss perfectly good candidates simply because of their academic record.

But let’s take a look at why companies even consider your GPA as a factor in the first place.

If you don’t have a good GPA, it is not the end of the world. Most of the bigger tech firms don’t care about it anyway. However, if you are worried that a low GPA is holding you back just focus on getting your first job in tech. Once you have some experience under your belt the impact of a low GPA diminishes. It gives you a lot to talk about in an interview and with some industry knowledge you won’t be judged as a graduate, so GPA won’t be part of the discussion.

Are there companies that don’t care about GPA?

Not all tech companies emphasize GPA. Some companies don’t care about your GPA at all. These companies tend to focus more on your skills and experience than your academic record.

So, if you’re worried that your GPA is going to hold you back from getting a job in tech, don’t be. There are plenty of companies out there who would be more than happy to hire you, regardless of your GPA.

Smaller companies don’t tend to have strict hiring requirements like their larger counterparts.

Big companies receive so many applications that they usually have standard forms to fill which automatically weeds lower GPA candidates out. For your first role simply get a job at a lesser-known outfit before transitioning once you have some experience.

However, it isn’t a hard and fast rule that small companies don’t care about your grades so make sure to read their policies closely before applying. But in all honesty, unless you have a GPA of less than 2.0 I wouldn’t worry.

Does GPA matter for a Google job?

Getting a job at Google does not require a good GPA. Your previous work experience and personal projects are far more important than the grades you obtained. However, if you are a fresh graduate with no work experience, you will struggle to compete for a job at Google against others from distinguished universities with good grades.

Once you have a few years in the industry Google cares far less about your GPA but until then it’s one of the only ways they can measure your performance. For tech companies, GPA is often seen as a proxy for how well you can handle challenging work and solve complex problems. That’s why many tech jobs will list a minimum GPA requirement on their job postings.

If you do have a low GPA, lean into your work experience, join coding competitions, contribute to open-source projects, and have a strong personal portfolio of work. All this combined should be enough to get you to the interview stage.

Does Amazon require a good GPA?

Amazon doesn’t have a minimum GPA requirement for software development-focused roles or a requirement to attend a top university. Instead, they look for people who are:

Allow these things to shine through in your interview and application and you stand a good chance of getting to the next stage.

However, getting a tech job at Amazon is incredibly competitive so a good GPA can help to set you apart, especially if you have just graduated. A poor GPA may work against you if there is a similar candidate who has excelled in their academic achievements. Make sure to have more in your back pocket than just your grades. Personal projects, open-source contributions, and even some work experience work in your favor.

Apple is similar to Google and Amazon in that it doesn’t have a GPA requirement for its tech-focused roles. However, the average GPA is around 3.0 so you should want to at least aim for that.

Like other big tech companies, getting a job at Apple is extremely competitive. The more you can do to make yourself stand out never hurts. GPA is just one of the tools to highlight your abilities to recruiters. But don’t be put off if you have lower grades, instead build your chances by gaining work experience elsewhere beforehand.

Strangely, Apply does list a GPA requirement for the Apple Support College Advisor role. The role is for college students looking to make extra money while studying by helping out Apple customers online. It requires a GPA of 2.7 and requires that you are enrolled in a designated college or university.