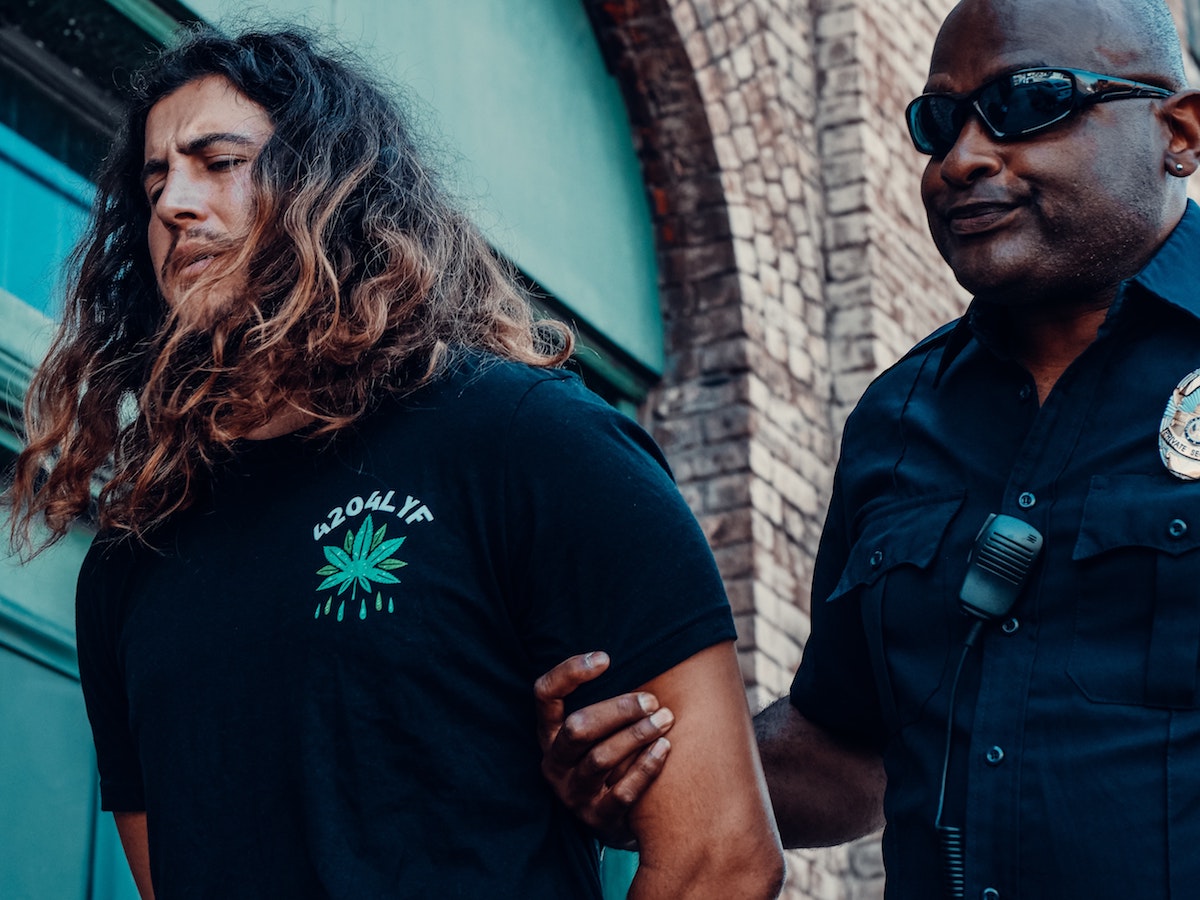 Tech companies don’t seem to care about misdemeanors, Google, Facebook, and Uber have all signed the Fair Chance Business Pledge which aims to eliminate barriers for those with a criminal record and provide second chances. Microsoft also actively states they accept any applications regardless of criminal history.

In America, there are now roughly the same number of people with criminal records as four-year college degrees. Understanding whether a company cares about misdemeanors or even more severe criminal offenses has become more relevant than ever. 92% of businesses conduct a background check on potential employees so hiding a misdemeanor is simply not an option.

Different companies and industries put more emphasis on a candidate’s criminal history than others. Let’s take a look at whether tech companies care about misdemeanors and your criminal record in general. Then look at the hiring policies at Google, Facebook, Amazon, and Microsoft for people with past convictions.

Table of Contents hide
1 Do tech companies care about misdemeanors?
1.1 Banning the box and different states
1.2 Check the company
1.3 Depends on the crime
1.4 Background checks
1.5 Other candidates
1.6 Federal Law and Misdemeanors
2 Does Google hire misdemeanors?
3 Do Amazon and Google do a background check?
4 Can you work at Microsoft with a felony?
5 Resources
5.1 Related posts:

Do tech companies care about misdemeanors?

The reality is that misdemeanors are not a dealbreaker for the vast majority of tech companies. In general, tech companies tend to be relatively liberal. It means a past conviction isn’t likely to stop you from getting a job. Many have opted into the Fair Chance Business Pledge which seeks to make the hiring process an equal playing field regardless of criminal history.

Most employers do conduct background checks and 98% of these will involve a criminal record check. So applying for a new role can be daunting if you have something on your record. However, don’t let a previous conviction hold you back – just go for it.

Let’s explore some of the different factors which affect how much a technology-focused company is likely to care about a criminal conviction.

Banning the box and different states

One of the ways tech companies have started to help people with convictions is by removing the “Have you ever been convicted?” question from job applications. The movement, known as “Banning the box” fights to give convicts a second chance. It has now been successfully implemented at a federal level. It is now illegal for all federal and federal contractor jobs to ask applicants about their criminal records.

However, it hasn’t been implemented at a state level. Every state has a different policy in terms of declaring your criminal record. It means that even though tech companies publicly and openly support giving people with misdemeanors and felonies a second chance, state law may still dictate they can ask you to provide this information. It’s worth checking the law for your specific state.

Most companies who are happy to employ people with past convictions will let you in the job application. Many use the phrase:

“We also consider qualified applicants regardless of criminal histories, consistent with legal requirements.”

So if you see this in the job description or anywhere else on the company website you are usually good to go. For example, Microsoft includes this phrase in all of its job descriptions which is a clear indicator you can apply.

Depends on the crime

How much the company cares about your criminal history will largely depend on the type of job you are applying for.

If you are applying to Google as a software engineer it is unlikely a misdemeanor for carrying a small amount of cannabis is likely to hurt your chances. However, if you want a job as a delivery driver at Amazon and have a drink-driving misdemeanor then it may be a different scenario.

Most companies do background checks once they have offered you the job. A job offer means they like you enough to want you to work there. For you, the benefit of them doing it this way around means your conviction won’t go against you early in the process.

It is highly unlikely that a company isn’t going to offer you a software development role because of a misdemeanor, especially if it is non-violent.

Google and Facebook have both publicly stated they don’t discriminate based on criminal convictions. It means that a felony or misdemeanor offense shouldn’t hurt your chances of working there.

However, at smaller tech firms if the option is between two similar candidates, one with a conviction and one without it may swing the needle slightly in the other candidate’s favor.

The law surrounding misdemeanors and other convictions has changed recently, heavily favoring those with past convictions. From 2021, federal agencies and contractors can ask for applications for criminal history until an offer has been made. The “Ban the Box” movement has worked tirelessly to get criminal conviction questions removed from initial job applications and this is a great result for people looking to turn their life around.

However, federal law also disqualifies people with certain convictions from being employed in the banking and transportation sector, and in a wide variety of state-licensed jobs in healthcare and education.

Google does hire candidates with misdemeanors on their records. They signed up for the Fair Chance Business Pledge which aims to prevent discrimination based on past convictions.

However, getting a job at Google is very competitive, so you will need to make sure your qualifications are top-notch. You’ll need a good education and experience to compete with anyone who applies at Google, regardless of whether they have a conviction or not.

Google does conduct background checks, so be sure to disclose your misdemeanor upfront. Being open and honest once you get past the initial interview stages will put you in good stead. It says a lot about your character and shows you have nothing to hide.

Remember that your interviewers are looking for honest people, so be sure to answer any questions about your criminal history in a straightforward manner. Don’t let a previous mistake dictate the rest of your life, go into the interview with confidence that you won’t be judged based on your criminal record or appearance.

Do Amazon and Google do a background check?

Amazon and Google take the safety of their employees and customers very seriously, so they make sure to do everything they can to hire responsible and trustworthy people. Given the high profile of these companies, it is not surprising that they have robust background check policies in place.

Amazon requires all employees to undergo a criminal background check, and Google requires all new hires to consent to a background check. In addition, both companies have strict policies against hiring anyone with a history of violence or sexual misconduct. While it depends on each situation, generally, Amazon is less likely to hire someone with a record of fraud or stealing from a former workplace, especially if you are applying for a warehouse role.

Both companies have to act under Fair Credit Reporting Act (FCRA) guidelines, so they can only consider criminal convictions from less than seven years ago. It means that older convictions can not be held against you.

Generally, both companies do background checks and hire people with convictions, but they treat each prospective employee on a case-by-case basis.

Can you work at Microsoft with a felony?

Many people with felony convictions are successfully employed at Microsoft. The company doesn’t discriminate on criminal convictions and has a policy that allows them to review each candidate’s circumstances.

Factors such as the nature and severity of the offense, how long ago it occurred, and whether the job is related to the offense are all taken into consideration. In addition, Microsoft recognizes that many people with felony convictions have overcome significant obstacles and gone on to lead productive lives. As a result, they are willing to give candidates with felony convictions a fair chance to demonstrate their skills and abilities.

So if you’re interested in working at Microsoft, don’t let a felony conviction or a misdemeanor stand in your way.

RELATED Is a Master’s Degree in Software Engineering Worth It?