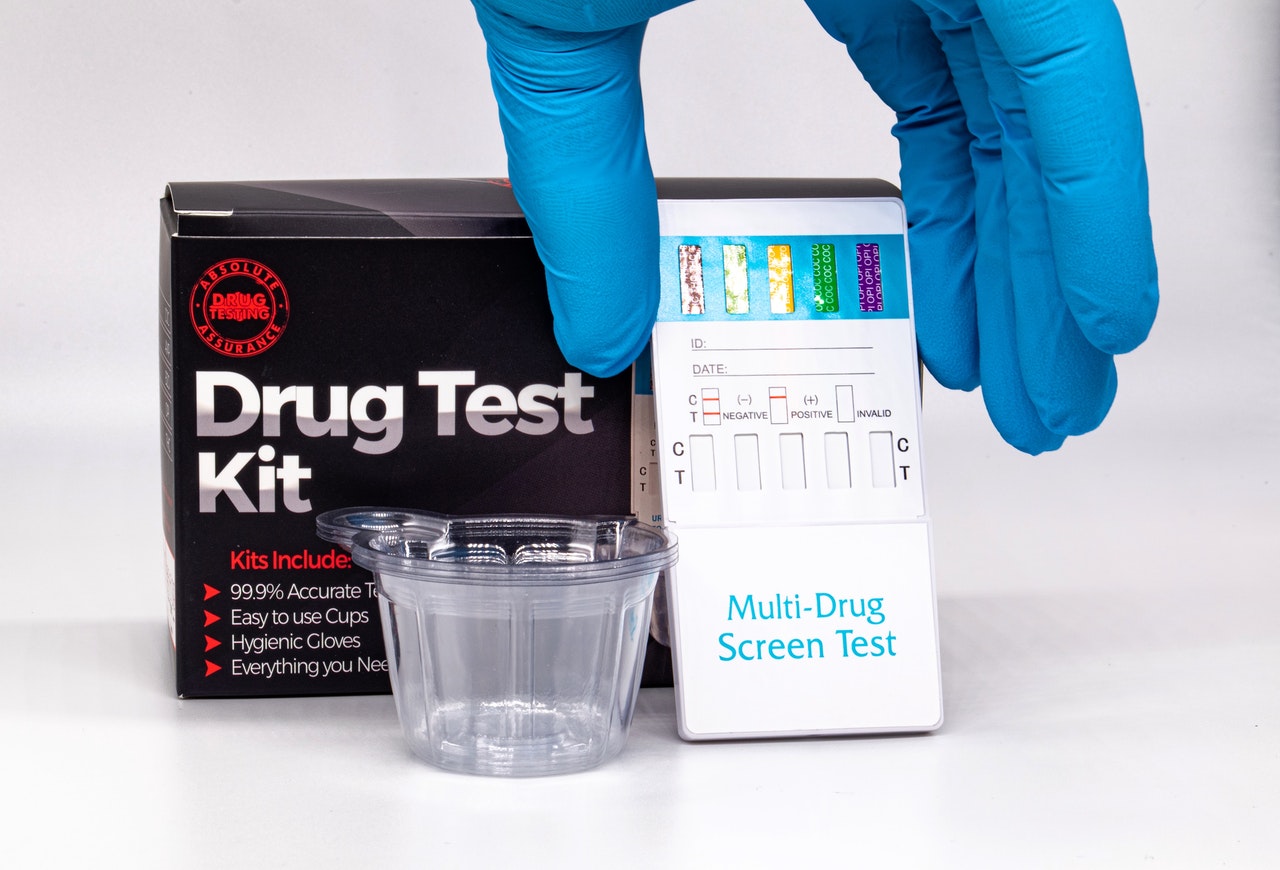 Getting drug tested at work seems like a cliche from some 90s drama.

However, the number of employees testing positive in the workplace has risen to its highest rate since 2004. Testing rates of testing vary by industry so it’s understood that people want to know whether tech companies drug test.

Unfortunately, if you fail a pre-employment drugs test at a tech company your chances of getting hired are next to none.

Most tech companies do not drug test. The national average for jobs requiring pre-employment drug tests is less than 1.5%. For tech companies, most of which are based in liberal cities, this figure falls even further. Competition for programming talent is too high in tech to drug test everyone.

But this doesn’t mean that every single tech company doesn’t drug test. There are circumstances where software engineers and other staff will be drug tested.

If you are going to be tested it’s usually for drugs like marijuana, opiates, cocaine, amphetamines, and PCP.

Get a home drug test kit

Let’s first explore when you can expect to receive a drug test when working for a tech company, then look at why startups aren’t testing developers.

The number of jobs that require pre-employment drug testing is only in decline and currently sits around 1.5% of total available jobs.

But if you are going to be drug tested at a tech company it is most likely going to occur pre-employment.

For those of you who may use drugs recreationally and are concerned about being tested, avoid using anything for a few weeks. Once you have gone through the application processes and landed a job you’re even less likely to be tested once the role is yours.

As the stats show, don’t get too worked up about being tested for a software engineering job pre-employment. It’s unlikely to happen.

Some companies do random drug testing periodically throughout your employment.

It’s a way to keep employees from using drugs at work.

However, even fewer companies do drug screening once you have the job. In fact, less than 1% of job postings mention anything about a regular testing schedule.

So overall, you are highly unlikely to be drug tested before you get the job at tech companies and even less likely to be tested during your employment.

However, if they do spring a drugs test on you it may be worth using a home drug testing kit beforehand to see if you are likely to fail.

Major startups attract a lot of the best talent in the world. Many developers get their first step on the employment ladder at a startup.

Tech startups attract top-tier talent because there is always the chance you could be working for the next Facebook, Google, or Amazon.

Startups based in the largest cities in the world don’t drug test their employees.

There are numerous reasons for this so let’s explore the reasons behind their reluctance to take a drug test.

The competition for talented developers is extremely high.

Adding a drug test to the interview process is another barrier to getting the best talent. Plus it is insulting to ask people who are good enough to work at a top-level tech company to pee in a cup. Especially if their competitors are not doing the same.

Adding a drug screen as a step in your recruitment process is going to put software engineers off, especially if your competitors aren’t going the same way.

Even with a lot of software engineering being outsourced, the best talent in the U.S. is homegrown and tech companies are falling over themselves for it.

Imagine you have applied for roles at multiple top-tier tech companies and hear back from a few of them. The job offers are similar but company X drug tests their employees. Out of principal, you would opt for the same pay at competitor Y.

The cost to company X of you choosing their competitor is enormous.

You turning down an offer due to a drug test is costly to tech companies.

On top of that, the actual cost of the screening itself adds up, especially in highly sought-after jobs where they will be testing a lot of candidates.

Getting offered a job at a major tech company means they trust you to do the work needed to help grow the company.

Most big tech companies are situated in progressive cities that allow people to use drugs in their free time. Making them pee in a cup signals that you don’t trust them to be able to control themselves outside of work.

By drug screening, either before or during employment, signals to employees that you don’t trust them enough. It adds an air of uncertainty to the entire process and can make potential talent look elsewhere for a developer job.

A pre-screening drug test at a tech company doesn’t set the right tone.

Most tech companies want to build and open an inclusive culture.

By disqualifying people who may take drugs recreationally, it broadcasts the close-mindedness of that particular startup or business.

It would be like a hip and modern startup not hiring software developers with tattoos. These types of practices may have cut it two decades ago but not now. It sends off the wrong message about the type of culture a business is trying to build.

The modern workforce expects to own their time outside of work and not be dictated to, particularly if they are exceptionality talented.

Amazon is part of what is referred to as the FAANG group. The acronym is a shorthand for the best performing tech companies in the U.S. The FAANG group of companies consist of:

Amazon does not drug test its software engineers. You can expect not to receive a pre-employment drug test or do a drug screening as an employee.

Developers who have gone through the recruitment process and accepted a job offer at Amazon, have reported that they faced no mention of a drug screening. The same is true for those seeking a development intern position at Amazon.

Amazon has to directly compete for the best talent with the other tech companies in the FANNG group.

If Amazon drug tested their potential software engineers it would dissuade the best talent from joining and put them at a competitive disadvantage.

In contrast to software engineers, Amazon warehouse workers have to pass a pre-employment drug test.

Someone working in a warehouse in the United States can expect to be tested for cocaine, amphetamines, opiates, LSD, and ecstasy. So if you enjoy doing these recreationally, avoid them for some time before applying for a job in one of their warehouses.

However, Amazon announced that they will no longer be screening for marijuana, so weed smokers among you can relax. The company has shown public support for weed legalization and wants to lower barriers to entry as their need for employees increases.

It would be fairly strange for a company so relaxed on the office front to have a draconian drug screening process.

Similar to other FAANG group employers Google does not drug test its software developers. They have released the practice has shown little evidence to deter drug use and is a major barrier to hiring the best programmers.

Current hiring managers have confirmed that no Google employees are screened for drugs.

Do IT jobs drug test their workers?

The IT field is incredibly broad. For the first half of the article, we have focused on whether tech companies drug test and the likelihood of getting drug tested at startup.

However, the majority of IT jobs aren’t at tech companies or startups. So what about the rest of the industry?

Bear in mind that there is going to be a shortage of 1.2 million people in IT by 2026. So adding drug screening to IT roles is likely to make the barriers to entry worse.

As we have discussed, it’s unlikely you will get tested but if you have enough time it may be worth checking for the most common drugs with a test at home kit.

As we have discussed, screening for narcotics either before you get a job or during it is incredibly uncommon in the U.S. It reached its peak in the 90s but research has come out that shows it doesn’t deter people from drugs.

In the UK and Europe drug screening for IT, jobs are incredibly rare. A lot of European countries have banned pre-employment tests and countries like France only allow it on the advice of a doctor.

Depending on the state

The state you live in dictates the protection the law gives you against drug screening. In states like Delaware and Minnesota, a positive drug test can’t be used to fire someone, or not hire them.

However, in reality, a positive test result makes it almost impossible to get hired.

States like Maine require employers to stop testing anyone for marijuana if they are 21 or older and only use cannabis outside of work.

At the other end of the scale, you have Ohio. Employers there can establish a zero-tolerance drug policy.

It’s worth checking whether your state gives protection for drug testing in the IT sector or any others. Even if cannabis is legal, still check and make sure you can use it if you work in IT.

Depends on the job

Jobs that work with heavy machinery or safety-critical infrastructure often drug test their employees. For example, mining companies in Australia make miners do an alcohol blow test before setting foot on site.

Plenty of government jobs will also test for drugs. It largely comes down to the culture of the place you intend to work. Smaller companies are often less willing to fork out the costs of testing prospective employees, whereas big companies can sometimes set aside a budget for it.

Understanding how internships drug test is also crucial as a lot of these opportunities require the same level of drug screening as a full-time role.