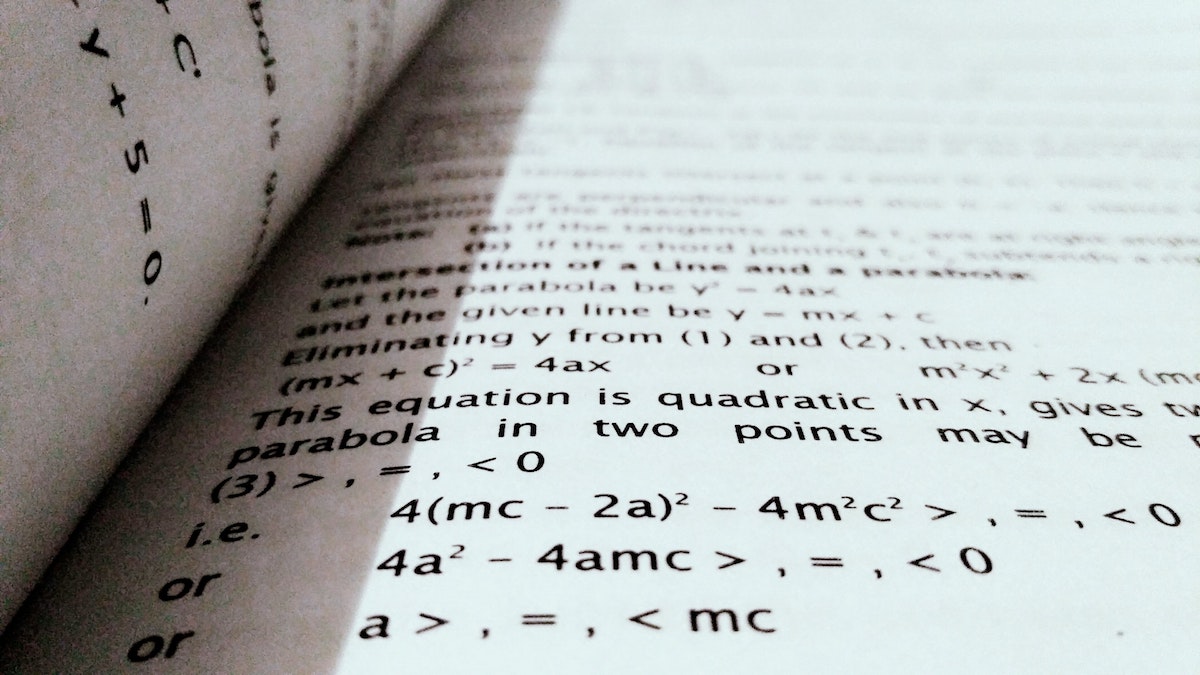 You don’t need calculus in programming and knowledge of complicated math concepts is not needed for most software engineering roles. Software development is the application of computer science and mathematical concepts, rather than the discovery and investigation of them.

Having a brief overview of certain math concepts may help in specific use cases, but the ability to write good code does not hinge on whether you know calculus. The assumption that software engineers are mathematical wizards is unfortunately another stereotype pushed by movies and TV shows.

However, just because you won’t need calculus when programming day-to-day, it doesn’t mean math hasn’t been incredibly important in the advancement of software engineering.

Let’s look at how much calculus there is in programming and to what extent you’ll need to know it to be a successful software developer. Then we’ll explore why calculus has been historically important in programming.

Is there calculus in programming?

The vast majority of programming jobs do not require the use of calculus or any advanced math beyond algebra. Front-end and back-end development simply doesn’t revolve around the application of calculus.

Your primary responsibility as a software engineer is to solve problems. These always come in a variety of shapes and sizes. Some issues may require the use of advanced math, it is just very unlikely. Remember software development is concerned with the application of math and computer science principles. But a lot of this is abstracted away unless you are working with incredibly low-level languages.

If you study computer science at university, you’ll almost certainly have a module or two based on calculus. The benefit is that it helps improve your abstraction skills and gets you thinking logically.

One of the other places you’ll see math-related concepts is when building applications. You are applying rigorous proofs to your work by proceeding step by step towards a conclusion, or bug fix. You need to be certain you’ve taken the right steps, are working logically, and that things are fully complete.

RELATED Moving from web development to software development: Is it difficult?

Do you need calculus for programming?

Overall, you don’t need calculus for the majority of programming roles. Outside of creating advanced visualizations or machine learning, it just won’t be relevant. It certainly shouldn’t be something you list as your greatest strength when asked to talk about what makes you a great developer.

Deep knowledge of maths isn’t going to get you very far in a coding interview where you need to demonstrate your programming competency. A lot of software engineering boils down to your ability to solve problems, work well in a team, and deliver on time. Knowing algebra might be a nice additional bonus but isn’t going to help with these things.

However, there are some roles where it may come in handy. As a developer, if you work in data analytics, create physics simulations, or build graphs then some knowledge of advanced math comes in handy. For those of you working with low-level languages or using assembly language, then it may also be more important.

Just because you don’t need math, it doesn’t mean that it is useless. You learn a great deal of problem-solving and analytical skills when flexing your math muscles. These have everyday applications for every software engineer. So required no, helpful yes.

If you are currently at university and looking to advance in the field of computer science then calculus is critical. For a career in research, a deeper understanding of algebra and other concepts is crucial. It all depends on where you see your career going over the next five years.

The one big difference between the two is that you wouldn’t want to learn to code without a laptop, but luckily math and calculus can still be taught the old school way.

RELATED Why do software engineers use Linux? 6 key reasons

Why is calculus important for programming?

Algebra and calculus are important for programming because they allow us to express things conceptually. Computation revolves around completing specific operations and we can abstractly do this thanks to algebra. All our current coding languages use calculus and algebra in certain ways, how much depends entirely on what you are trying to achieve.

Lower-level languages would never have been created without the existence of math to help us express it all.

Calculus is important because it allows us to express a relationship with time. In computing and programming, time is critical. Not just for the speed of computation but also for the order and way in which things occur.

Computer graphics would be all but impossible to create without the use of geometry. We wouldn’t be able to calculate and plot specific pixels without math to help us along the way. Game-specific programmers need to be able to plot trajectories that relate to a physical object’s movement over time, calculus is critical for this.

People often discuss whether coding is harder than math but at the lowest levels the two are incredibly intertwined, so it’s not an either-or type situation