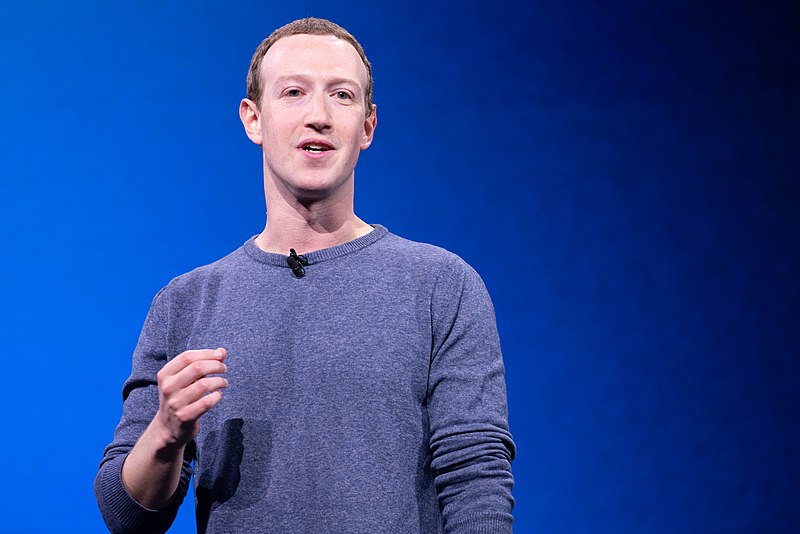 Mark Zuckerberg first learned to code on the Atari BASIC and then received tutoring from his father before receiving a C++ for dummies which he then used to teach himself. He was then tutored by software engineer David Newman before taking computer courses at high school and college.

He did the majority of his learning without a laptop and instead used the Atari BASIC Programming system and books, as well as personal tuition to learn to code. On his journey to becoming one of the world’s most famous software engineers, Mark Zuckerberg also built a wide variety of programs and applications to embed his learnings.

One of the primary drivers for learning to code was that he enjoyed building fun things that could be used to help connect people. Building things you are interested in and find fulfilling is a great approach when learning to code. It’s undoubtedly one of the reasons he was such a seasoned developer before even starting college.

If you are interested in learning to code like Zuckerberg, I’d highly recommend checking out a Nano Degree from Udacity. You can complete them at your own pace and they’ll get you ready for a full-time job.

Let’s take a closer look at how Mark Zuckerberg learned to code and the first programming language that he used.

How did Mark Zuckerberg learn to code?

Like most people, Mark Zuckerberg used books and software to learn the basics of software development. After he had grasped the fundamentals he spent a large portion of his time building applications to help solidify his learning.

The journey he went on to learn to code can be split up into three distinct time periods which were all crucial to his success.

Mark Zuckerberg’s father started to teach him coding when he was 10 years old. He learned BASIC using Atari Video Computer System. From there, his family eventually purchased a computer and he was gifted C++ for Dummies by his dad and then took learning into his own hands.

Before entering high school he had built an intranet for the family home which allowed people to communicate. He then developed this into ZuckNet which was a messaging application for his father’s dental service. Not only did this help cement his skills but it drove his entrepreneurial spirit.

When he arrived at high school Zuckerberg already had hundreds of hours of coding experience under his belt. He was also under the stewardship of a professional software developer David Newman.

With the coding skills, he had already learned, Zuckerberg and his classmate Adam D’Angelo, who would go on to be Facebook’s CTO, took things to the next level. They built a music app called Synapse which made recommendations based on your previous music choices and preferences. Essentially an early Spotify.

They had million-dollar offers from Microsoft, AOL, and WinAmp, for the application but rejected them. He was using the skills he had learned in his formative years to build challenging platforms which would keep improving his coding skills.

As discussed in Malcolm Gladwell’s Outliers that Mark Zuckerberg was already a prodigy before going to college.

Surprisingly Zuckerberg didn’t major in computer science at college, he instead opted for psychology with computer science as a major. He continued his spree of building apps and went on to create CourseMatch, which allowed people to make class selections, and a controversial app called Facemash.

By the time he had reached college, Zuckerberg had learned everything he needed to know about coding and was just finding a way to build a platform that people would use.

Then on February 4, 2004, Zuckerberg established “Thefacebook”, which was the early name for Facebook with Eduardo Saverin, Andrew McCollum, Dustin Moskovitz, and Chris Hughes. The rest is history and now he is one of the most famous software engineers of all time.

The first programming language Mark Zuckerberg learned was BASIC using the Atari Video Computer System. The BASIC interpreter was one of just a few cartridges for the console that weren’t games. He wrote his messaging app, ZuckNet, used by his father at his dental practice in BASIC.

He then went on to learn C++ thanks to a C++ for dummies book that has gifted to him by his dad. The music application that he and Adam de Angelo built, and valued at $2 million, was coded in C++.

Once getting to university, Zuckerberg then started using PHP. The first iteration of Facebook was then created using PHP with MYSQL.

How old was Zuckerberg when he learned to code?

Mark Zuckerberg was 10 years old when he first learned BASIC using the Atari gaming system. It was a cartridge you could plug into the gaming system and then create basic applications with. At 11, he used his knowledge of BASIC to create a chat application for his father’s workplace.

He then went on to learn C++ after receiving a book on the programming language.

Who taught Mark Zuckerberg how do you code?

In his early years, Mark’s father taught him how to code using the Atari gaming console. He also paid for a private tutor to help Zuckerberg learn. His dad saw he had a keen interest and pushed him to pursue the hobby but it was Mark himself who did most of the heavy lifting when it came to learning the various programming languages he was familiar with.

While in high school his parents also enrolled him in a college-level computer science course which meant he hit the ground running when he attended Harvard. Ultimately, Mark Zuckerberg had the help of various people along his coding journey but it was he who then applied that knowledge to build various applications in his formative years.

If you are interested in learning to code like Zuckerberg, I’d highly recommend checking out a Nano Degree from Udacity. You can complete them at your own pace and they’ll get you ready for a full-time job.