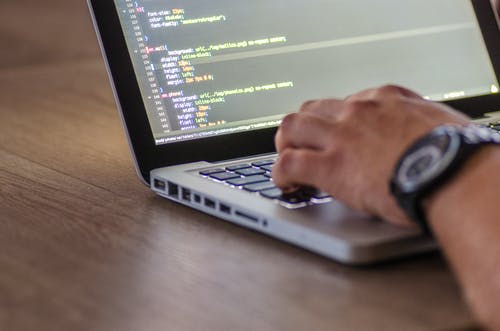 As a software developer understanding how too long to stay at one job can make a major difference in your earning. Those who stay at one company for longer than two years end up earning 50% less over the span of their careers. Software engineers are paid a lot but you are leaving money on the table if you don’t job hop enough.

Software engineers typically stay at one job for an average of two years before moving somewhere different. They spend less than half the amount of time at one company compared to the national average tenure of 4.2 years.

However, it isn’t as simple as just job-hopping whenever you feel like it. Leaving too soon can have a detrimental impact on your resume, so you need to stick around and make sure you’ve got what you need from the role.

Let’s take a close look at how long software engineers stay at a job and how the big companies compare in terms of retaining their talent.

How long do software engineers stay at one job?

Around 50% of software engineers only stay at a company for two years before switching to somewhere new. The national average for job tenure is 4.2 years so software engineers stay at one place for half as long. Typically the larger the company the longer a developer stays in one role.

Hackerlife did some fantastic research into the average tenure of software developers in the San Francisco area. This data can be extrapolated for most major cities but may not be relevant for more local or regional job markets.

The average performance pay rise for most employees is 3% a year. That is minuscule compared to the 14.8% pay raise the average person gets when they switch jobs. It is easy to see how a few companies changes throughout your career can add up to a lot of money later in life. It’s likely one of the reasons that software engineers retire slightly earlier on average than most people.

The FAANG group of tech companies refers to Facebook, Amazon, Apple, Netflix, and Google. Although Google and Facebook have now changed their names to Alphabet and Meta respectively.

These jobs tend to be quite demanding and require developers to put in a lot of extra hours when compared to smaller businesses. A lot of people take these opportunities for the enormous salaries and name recognition. Once they have completed a couple of years they tend to find it easier to get management roles at smaller companies.

Although it can be tempting to constantly switch jobs to increase your salary, doing it too much can be detrimental to your career. In your first five years as a developer try and stick to one business for at least two years. It looks great on your CV and shows you have had time to master the responsibilities you handled.

Once you have a few years under your belt then you can go after the big money and switch around every 12-18 months.

What you want to avoid is doing 6-month stints at a couple of companies. It just doesn’t look great on paper. The hiring manager will be hesitant to take you on if he thinks you are going to be out the door in less than a year.

Overall try to avoid the number of jobs you have to outnumber the years. So 5 jobs in 4 years isn’t ideal. But something like 3 jobs in 5 years would look awesome.

Over a two-year horizon, for each job you go into you will pass through a number of specific phases. You don’t want to leave too soon otherwise you’ll miss out on a vital experience that could help you further down the line. The stages are:

Depending on your experience it takes around 3 to 6 months to settle into a new company and become productive. You only really start adding value in your second six months onwards. After that, you begin to master your role and can start helping to define processes that improve things.

How long software engineers stay in one role will depend largely on what they want out of each of the stages above. It also takes everyone different lengths of time to get to grips with a job. Fully mastering a role is a fantastic experience and something that will benefit you in the long run.

So don’t just switch jobs for the money.

A company’s turnover rate is the percentage of employees who leave an organization over the course of a year.

The turnover rate in software is 13.2% which means it has the highest churn rate of any industry. The high demand for software engineers and the increases in compensation means that top talent is more likely to move around.

The churn rate also varies depending on which tech industry people work in. Gaming, with a 15.5% turnover has a higher churn rate than pure software industries at 13.3%.

For some jobs in tech, like UX designers, the turnover rate even increases to 23.3%. Again this is driven by the fact they are in such high demand. Embedded software engineers also change jobs frequently with a 21.7% turnover and receive more InMails on LinkedIn than any other occupation.

As a software engineer, understanding how long to stay in one job is crucial for your career development. Most developers stay in their jobs for an average of two years and in that time can fully master their assigned role. After that point, you should either look for a promotion or look to switch companies for more money.

Be aware that staying at a company too long means you are likely to earn less over your career. But moving too soon means you won’t get the necessary experience that may benefit you later on.

Switching jobs is a balancing act and only you will know when you’ve reached the end of your tenure in a particular job.