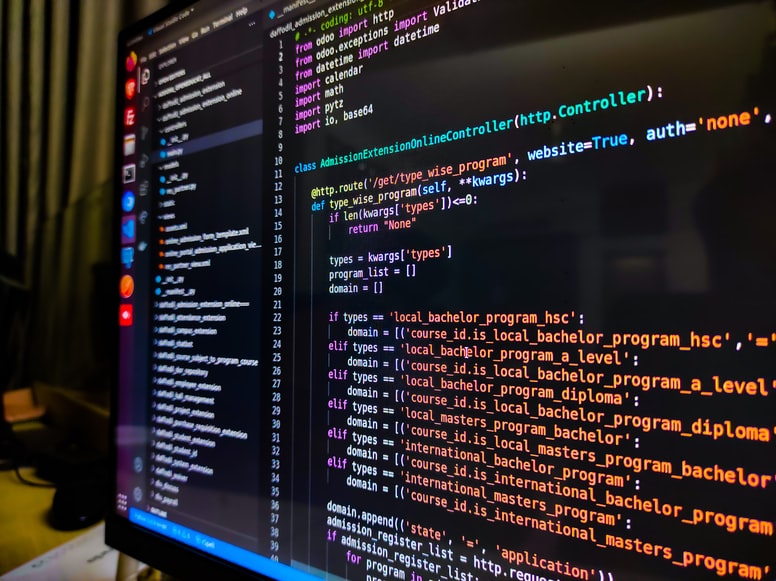 Everyone loves to run before they can walk and thinks about learning a few different programming languages at once.

Professional programmers almost always know a second or third language. Not in as much detail as their main language but enough to get by a build some project with. So, does it make sense to try and learn multiple languages at the same time to get a head start in your career?

If you are a beginner you should only learn one programming language at a time. Your first language is the hardest to pick up and you should put all your focus into learning it. If you are more experienced learning multiple languages at the same time isn’t a big deal as long as you take the time to time understand the quirks of each.

Let’s take a look at why learning multiple programming languages at once may not be the best idea for newbies. Then understand why it should be on every experience developer’s to-do list to guarantee a good career.

How many programming languages can you learn at once?

Realistically as a beginner developer, you can only learn one programming language at a time. It is a difficult process and in the beginning, you should focus on a single language. As you get more experience feel free to juggle learning multiple languages at once.

There is no hard rule on picking up new skills as a developer and you could theoretically learn multiple languages concurrently. However, the goal of picking up something new is to get an in-depth knowledge of the language and be able to apply it in real work. Trying to learn too much at once isn’t the right approach. You are likely to gloss over or misunderstand crucial features of the language.

Learning to code is a difficult process at the best of times without jumping between different paradigms and processes. For your first language give yourself the best chance by sticking to just one.

Committing to learning one language

When you commit to learning one language it is easier to become an expert. Specialization is a great way to build a career and make more money.

In reality, it is rare for someone to commit to a single language for their entire career. Usually, developers get to grips with a language and then pick up more as they go along. Often it is because a project demands it or they need to solve a different type of problem.

Most developers only commit to learning more than one programming language at once after they have a bit of experience under their belt.

The problem with trying two languages at once is that it is incredibly easy to become confused between the syntax. With languages that are similar like Java and C# this is especially true. Getting a solid foundation of programming concepts in one language and then taking on another is your best bet.

Make sure you are comfortable enough in one language that you can create a few semi-complex apps before moving on. At that point, you are unlikely to forget the old syntax and will be able to distinguish between the two when learning.

Staying with one language forever is an easy way to pigeonhole yourself as a developer so make sure to keep upskilling throughout your career.

Most developers will recommend learning more than one programming language to help further your career. It’s always a good idea to have a breadth of knowledge so you can hold your own in multiple areas.

The concept of a T-shaped developer has been around for a while. It refers to having solid skills in one area that is then complemented by a broader set of skills. Having skills outside of your core area will make you a better problem solver which is what software engineering is all about.

A Java developer learning JavaScript that also has the skills to understand and empathize with the logic behind a test engineer’s thinking is going to do far better in a team environment. They also become far more useful because they can chip in and help with a wider variety of tasks.

It takes a long time to become a t-shaped developer and isn’t something anyone can hope for overnight. Overall it makes you well-rounded and gives you a better shot at career development. Learning multiple languages is one way to become a developer with a broader set of skills.

RELATED Copying code from Stack Overflow: Is it cheating? What you need to know!

Can you learn two programming languages at once?

You can learn two programming languages at once but it is not advised for beginner developers. For anyone who hasn’t learned and mastered their first language avoids learning two at the same time. If you have professional experience then learning two languages side-by-side shouldn’t be too difficult.

Whether you can learn two languages at the same time is probably the wrong question to be asking. In reality, you need to consider why you need to learn multiple languages at the same time. For professional developers, the demands of the job can require you to do this. But for people trying to understand the fundamentals, there is rarely a reason to stretch yourself so thin across multiple topics.

Nailing the fundamentals of programming will do wonders for you in the long term. The syntax of various languages is different but each has things like looping, iteration, and conditionals. Once you understand how these and other basic things work it is easier to pick them up in a different language.

Once these core concepts are ingrained it doesn’t matter what you are using you can achieve the same result.

Learning two languages at once becomes a lot easier when you know the basics of at least one language. However, you don’t just want to skip from one language to the next once you can do basic things. Mastering a language takes time and being able to write code that is production-worthy takes even longer.

Your time would be better spent getting good at one language rather than jumping between different areas.

One of the benefits of learning two languages side-by-side is that you can compare and contrast them. What can one do the other cannot? What tasks are easier to perform in one than the other?

Again this is on the assumption you know what you are doing.

You won’t be able to compare anything if you have no previous experience. You need at least one programming language to give you a bit of context. It doesn’t matter whether you learn HTML or Python first. Plenty of developers become full-stack over their career and one of the benefits is they have a well-rounded repertoire they can reflect on.

Part of being a good software developer is about choosing the right tool for the job. Learning a couple of programming languages gives you the ability to be able to evaluate each tool and pick the best one. It’s an invaluable skill that will serve you well on projects of all sizes.

When you work at a company the work is delegated so that front-end developers do UI and work, and back-end developers do server-side work. Good companies will allow you to upskill and eventually become full-stack. However, if there isn’t the capacity for you to learn these skills it can be hard to learn multiple programming languages.

What is the alternative?

Either try and jump on different projects at work or take on passion projects in your spare time. What better way to learn a couple of languages at the same time than by building out a full-stack application of your own.

You can opt to do the whole thing in JavaScript with the MERN stack but can mix it up a bit and choose a different server-side language to challenge yourself.

The project-based approach is a perfect way to keep yourself motivated because you will be learning everything for a specific reason. Simply moving on to the next language for the sake of it can be dull and make you easily lose interest.

Learning more than one programming language

The reality is that experienced developers learn more than one programming language all the time and it is highly recommended. It gives you a broader skill set and is something every season programmer should be considering. It will help open a few doors and make you a more well-rounded programmer.

In contrast, if you are just starting do not try and learn more than one programming language. It’s easy to get syntax mixed up and confuse the approaches different languages take. When you are starting out one of the most crucial aspects is motivation. The process is frustrating and can be demotivating if you try to learn too much and don’t grasp any of it. You also don’t want to form bad habits which can occur if you keep switching languages but never master any of them.

One of the things you can do when learning multiple programming languages is to avoid similar languages. Class-based OOP languages like C, C++, and Java can become confusing if you try to learn them at the same time. The syntax is quite similar and they solve a few different problems in the same way. Opt for a functional language like Scala or Haskell as these are completely different and will require you to think differently.

Just remember that your first programming language requires the biggest investment of your time. You’ll be banging your head against the wall at times so you need to consider whether you can take on another big project at the same time. Switching up too soon is also the easy way out. You want to become competent enough in one language before trying another because otherwise, you could end up stuck in tutorial hell. The initial part of learning is fun, it’s the middle period where it can get tedious and difficult. But this is the most important part to push through.

It can seem tempting to try and learn multiple programming languages at the same time but if you are a beginner don’t. It takes long enough to become proficient in one language without putting double the amount of pressure on yourself. Embrace the process and take your time learning, you’ll thank yourself eventually.

As a seasoned developer, you can learn as many programming languages at the same time as you want. It doesn’t mean you’ll master any of them but it is a good idea to be proficient in a couple of languages later in your career. The move towards t-shaped developers in the industry is increasing and having a broad skillset is always going to help.