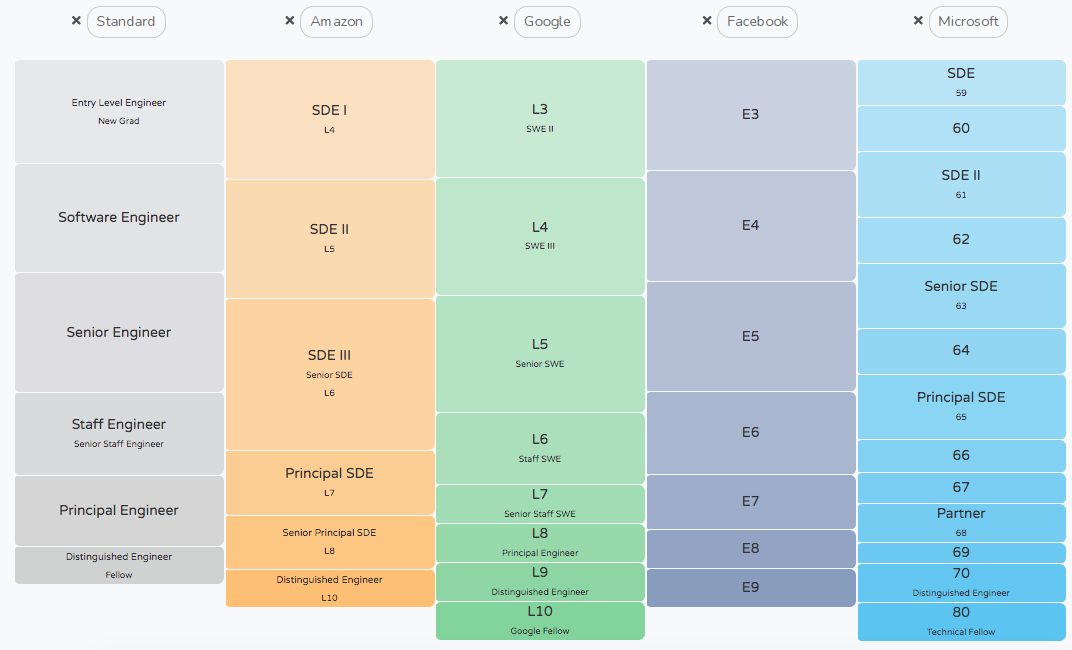 Software engineers typically get promoted every two to three years but the timescale is dependent on their skill level. 50% of developers have been coding for less than a decade which means the industry is incredibly young and there are a lot of opportunities to progress into senior positions.

Tech is incredibly fast-paced and things change all the time. New technologies and approaches emerge which enable software engineers to advance faster than people in other professions.

Several different factors can affect the speed of promotions and it’s not as clear cut as throwing out a catchall figure. But let’s explore how often software engineers get promoted and the time it takes to move between the different levels in development.

How often do software engineers get promoted?

Software engineers generally get promoted every three years with the fastest climbers cutting that period down to two years. Moving up the levels as a software engineer can be complicated because you need specific skills before progressing. The amount of time it takes to acquire these skills differs significantly between different software engineers.

However, it isn’t unheard of for people to climb the ladder much faster. Serious dedication to the craft can help you unlock those skills a lot quicker. The tech industry is incredibly young so it’s easier to fast-track your way to the top by being savvy in new technology. Or showing good leadership in greenfield projects without much else to go on.

The length between promotions is going to grow the higher up the software engineering levels your climb. Getting from an SDE1 to an SDE2 usually takes a couple of years. However, getting to a senior developer level can take around five years. Unlike other industries, there isn’t too much fluff in the naming conventions for software developers. There are a few set titles and you tend to climb up through these throughout your career.

Someone who is considered a senior or tech lead at one company, may not cut it as a mid-level at another. Some businesses are a lot stricter with their criteria and far more hesitant to hand out titles to underqualified developers.

However, this actually works in software engineers’ favor. You can transition from a mid-level to a senior by switching companies which is part of the reasons a lot of developers seem to move up so quickly. Software engineers stay in one job for half the amount of time compared to the national average so can switch their way into a promotion.

It means you are going to get promoted much faster on average if you are clever about how you move between companies.

Also, some companies have more levels for a developer to move through. It takes 7 promotions to reach the top of Google’s developer hierarchy but only 5 at Amazon. So you are likely to be promoted more often at Google.

Working long hours in software development does not guarantee you a promotion. Most companies don’t judge you by the amount of time you sit at your desk. But rather by the quality of your output and the way you manage projects. Are you able to break complex problems down and deliver the correct solutions? Are you using best practices and able to help more junior members of the team?

If you can’t do these things it doesn’t matter how many extra hours you work you’ll never make the next level up. You need to show a certain level of competence to get promoted. If you can do this consistently, you’ll get promoted more often.

How long does it take to get promoted as a software engineer?

It typically takes anywhere from two to fours years to get promoted as a software engineer depending on the levels of the specific company. You are going to get promoted more often earlier in your career and when you are under 30. Also, companies that have more divisions in their software engineering levels, like Microsoft, will offer up promotions more regularly.

Microsoft has thirteen different levels their software engineers can sit at, while Amazon only has six. It means that it is going to take a lot longer to get promoted at Amazon than at Microsoft – with fewer levels to move up through, there will be fewer overall promotions.

How long it takes to get a promotion will vary depending on your ability. People make the mistake of thinking you’ll be promoted on coding ability alone. However, it usually comes down to your ability to successfully handle big impactful pieces of work. If you demonstrate you can do this consistently, promotions will come quicker.

One of the main reasons software engineers change jobs is to get better opportunities elsewhere. It’s a quick way to climb the ladder especially as there are often big disparities between level classifications at different companies.

How long does it take to go from software engineer 1 to 2?

It takes between two and three years to go from software engineer 1 to 2. However, it can take up to four years if you don’t have the right experience or skills to make the jump but plenty of developers also do it in under two years as well.

As you transition from an engineer 1 to a 2, your responsibilities change. You have more input on the design applications and are in charge of making sure nontrivial features land. You’ll likely be a subject matter in a key area of an application your team works on and look to be taking on more responsibility.

As you progress through different levels in your career you can expect to be: