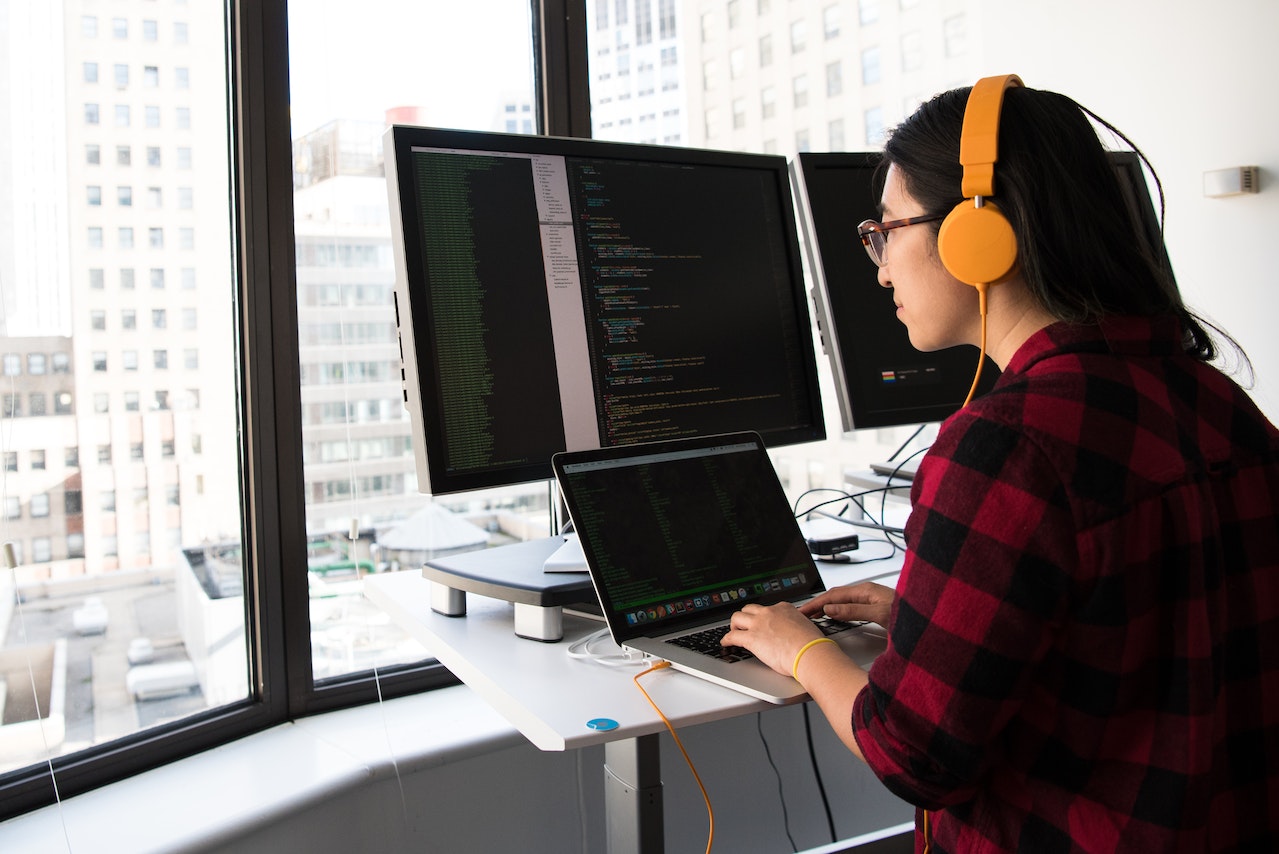 Knowing what you’re getting into as far as the pros and cons of being a computer program before you start down this path are critical. You’ll want to be sure that it’s the right fit for you, especially if you are serious about making this a 20+ year career commitment.

There’s an extreme demand for computer programmers right now, leading a lot of folks looking for the right career path to zero in on these lucrative, rewarding, and often pretty secure opportunities. But before you jump right in and commit to becoming a computer programmer, though, you’ll want to understand the “lay of the land” a little bit.

Table of Contents hide
1 What are the advantages of being a computer programmer?
1.1 Creating new tools and technologies
1.2 Rewarding and challenging work
1.3 Growth and pay opportunities
1.4 Working remotely
1.5 Barriers to entry
1.6 Longevity
2 What are the disadvantages of being a computer programmer?
2.1 Fast-paced and competitive
2.2 Sedentary work environment
2.3 Repetitive
2.4 Burnout
3 Conclusion
4 Resources
4.1 Related posts:

What are the advantages of being a computer programmer?

Software development has become a lucrative career and has an incredible number of advantages that are drawing people to the role. There are set to be 28.7 million developers by 2024 and the industry is set to grow by double digits in the next decade. There are more than 600,000 developers jobs in California alone and the career path has become incredibly lucrative.

The main advantages of being a computer programmer include:

Think of all the digital tools and software you use on a day-to-day basis, tools that make your life (and work) a whole lot easier. All of these tools had to be built by computer programmers, and many of them were created from scratch.

Imagine life before Microsoft Word, or Excel. Think about how much more difficult would be without social media. Projects like Bitcoin, Amazon, and Venmo have all been built by computer programmers.

This is the kind of career that can make a real, tangible difference in the lives of people across the globe.

We’ve all been in jobs where it felt like we were doing nothing more than punching a clock, just sort of existing until the end of the working day – only to rinse and repeat the process all over again.

There’s just something electrifying and motivating about working on projects you know make a difference and a real impact in the world. You’re not just a cog in a machine, but instead a critical component of a team making something really worthwhile.

A lot of the tasks are also incredibly challenging. It means you get to keep learning, explore more avenues within your field, and keep improving.

Because our modern lives are moving more and more toward the digital realm there are a ton of opportunities for computer programmers than at any other time in human history.

This trend shows zero signs of slowing down as a lot of previously “offline only” businesses and industries start to move into the digital age, too.

Think about how disruptive the decentralized financial world has been to the traditional world of investing, banking, and lending. All of that has been driven forward by computer programmers.

The same can be said about the new telemedicine industry that is really starting to explode. More and more of these kinds of migrations from the offline world to the online world mean there’s a lot of opportunity for computer programmers to get into entry-level jobs, grow their careers, and build their income all at the same.

Entry-level computer programmers can clear six figures in their first year (or first couple of years), and jobs with stock options, bonuses, and equity aren’t uncommon either. There’s a ton of potential to make some real money in this field.

Computer programming, maybe more than any other job out there, is perfectly suited for remote work.

We’re not just talking about remote work from your back bedroom, either (though it’s possible to build a fantastic career working from spare space in your home or apartment).

As long as you have an internet connection you’re going to be able to get your work done, submit network, and be an active and productive part of your programming team.

You’re not going to find that kind of freedom in a lot of other career fields.

Where most careers (particularly the really lucrative ones) require you to have at least some baseline of a college education – which means taking on a mountain of debt when you can least afford to do so – computer programming is wide open and available to anyone and everyone willing to learn. It means there is a low barrier to entry for the majority of people.

In the world of computer programming what you’re capable of means a whole lot more than where you went to school (or if you didn’t, for that matter). It also opens up the field to developers from various backgrounds because your skills pay the bills, so to speak.

There are lots of people that love the idea of making a living with their brain rather than their back – and that’s exactly what computer programming lets you do. During the grind of computer programming (and that happens) it’s easy to lose sight of just how lucky folks in this career field are to be working these kinds of jobs.

Desk work while programming sure beats working a manual labor kind of gig, breaking your body just trying to pay the bills. It means that there is a lot of longevity in software development and there isn’t a hard age limit like in more physical fields.

What are the disadvantages of being a computer programmer?

Every job has its downside and a career as a software engineer is no different. The main disadvantages of being a computer programmer include:

Of course, not all is sunshine and roses in the world of computer programming.

These jobs are incredibly fast-paced. New tools and technology (and even new programming languages) are created almost every day and professionals are required to keep up with – and even outpace – that rate of change.

On top of that, the biggest companies hiring computer programmers are always looking for the best of the best. This makes these jobs very competitive (though most would argue the rewards are worth it), and that’s something you’re going to need to get comfortable with. It can lead to high stress among developers and may be one of the reasons they come across as rude.

We mentioned earlier that computer programming can start to feel a bit like a grind. Having to stare at your computer screen for hours and hours each day contributes quite a bit to that. You won’t be moving much throughout the day which can affect both your physical and mental health, it’s one of the major drawbacks of being a programmer.

Even when you are working on new, groundbreaking software projects you’re likely going to be dealing with a lot of repetition – sometimes mindnumbing repetition, at that.

If you need a lot of variety or like to have various tasks and responsibilities on your plate at work, computer programming may not be a perfect fit.

The super fast pace and hypercompetitive environment of computer programming combined with the repetition and staying planted in front of a computer day in and day out can add to feelings of burnout.

One look at the industry and you’ll see that a lot of the most successful computer programmers take big breaks (many of them taking month-long breaks each year) in their career to just sort of reset and realign.

You’ll have to be vigilant to protect yourself against burnout and make sure it doesn’t take over your social life.

It can be done but it requires sort of stepping away, looking at your work and career as something separate from who you as a person are, and taking care of your mental health and wellness. Thankfully, there are plenty of jobs for burnout developers.

There are a lot of pros and cons of being a computer programmer. Only you will be able to figure out for yourself whether the pros outweigh the cons (or vice versa), but at least you’ll be going into this career field with both eyes open.

However, there is a lot to fall in love with when it comes to being a computer programmer.

These jobs are always in high demand, pay very well (six figures, to begin with, isn’t even close to uncommon), and can afford you the kind of flexibility and freedom – not to mention challenging work with lots of tangible rewards – that you’re not going to find elsewhere.

At the same time, there are some downsides and drawbacks to working as a computer programmer that you’ll need to confront or get comfortable with.

Hopefully, our breakdown of the pros and cons of being a computer programmer has shined a light on whether or not this career field is right for you going forward!