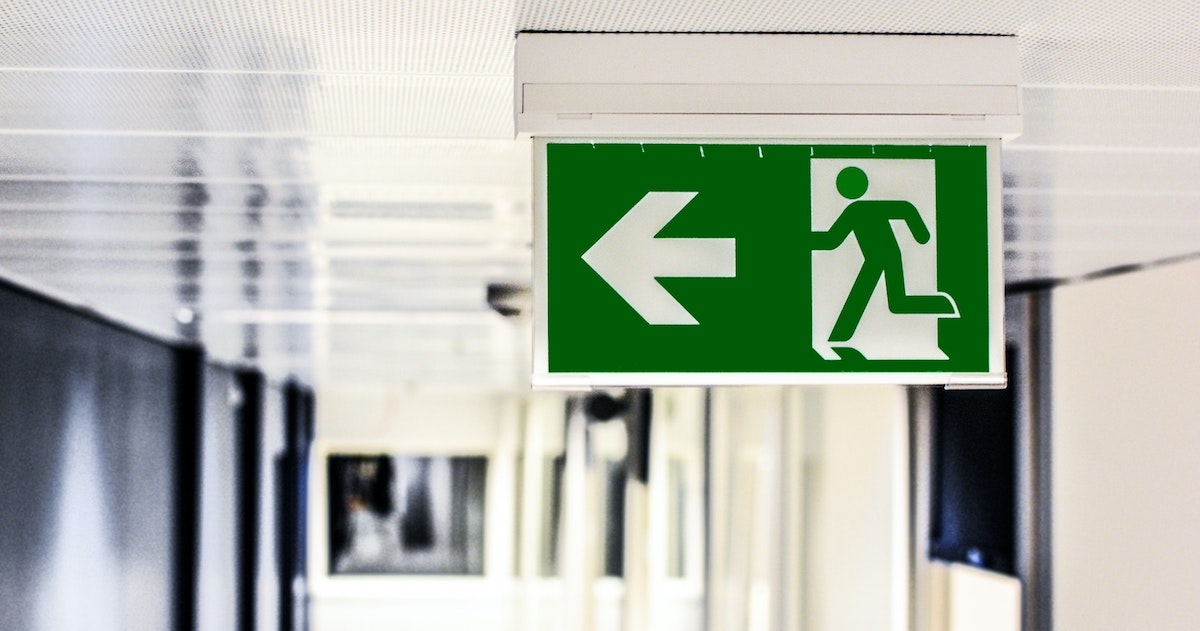 Despite its popularity as a career choice, people are leaving software development because of burnout, stress, constant changes in the industry, and poor health. Resignations in tech have increased by 4.5% and around a fifth of developers are looking to leave their current roles.

However, there is a big difference between people quitting software development and tech in general, and those who are just leaving their current roles. The two should not be conflated and we will discuss both in this article.

The demand for software engineers is at an all-time high and the industry is set to experience 22% growth by 2030. It has created a unique environment for existing developers where the demand for their skills has skyrocketed. So programmers may be resigning from their jobs but many are not quitting the industry altogether.

Let’s explore why people are leaving software development jobs and then look at why people quit programming permanently.

Unlike in other fields, a lot of developers aren’t reporting wanting to leave their workplace because of the work they do. Instead, it is to improve their job prospects and earn more money. There is a job shortage of nearly a million IT workers in the U.S. which has given software engineers a better platform to negotiate their career prospects.

Most people in software development aren’t quitting the industry altogether but just transitioning into different roles. With an average job tenure of just 2.1 years, it makes sense.

Let’s take a closer look at why we are deciding to change jobs.

The demand for software is steadily increasing which means more developers are needed than ever before. Coupled with the general shortage of workers in the IT industry, it means that developers are having to pay significantly higher wages to software engineers.

A lot of software engineers are leaving their current development roles to simply earn more money. The demand is so high at the moment that a 15% pay bump is fairly common, so it makes sense to jump ship to different companies fairly often.

Also, those who stick with one employer for a significant period can earn up to 50% less over the course of their career. Sticking with one company just isn’t conducive to earning a lot of money.

One of the best things about software development is that there are always new things to learn and practice. It is good to master your skills as a developer but there is a constant itch to improve and learn. A lot of people leave their software development roles for more opportunities in different aspects of engineering.

The chance to take on new challenges in the various tracks of software development is incredibly appealing. If your current employer isn’t working with a modern stack or using the tools you want to become proficient in it makes sense to leave.

Getting promoted in-house is always a great option and looks good on your resume as it shows progression. However, in smaller companies or those without a solid career structure advancing can be difficult. Each tech company also has its own definition of what they see as junior, mid, and senior levels for developers.

It makes sense to leave a dead-end software development job if the opportunity to advance and take on more responsibility exists elsewhere. What is mid-level at one place may be seen as senior at another, so it’s worth upselling your abilities.

Remote working has exploded due to the pandemic. 75% of developers want to work remotely and the same number are already working remotely at least three days a week.

It has improved software engineers’ work-life balance and given time back to employees. However, some employers didn’t get the memo and are trying to enforce a complete return to the office.

The general trend is that more people are joining the tech industry than leaving it. The growth potential of the industry has proved too tempting. However, there are still plenty of developers quitting programming permanently because of:

Burnout can result in people either moving jobs or if it continues across multiple companies they end up quitting development altogether. Fixing bugs and issues in your own time can only be sustained for so long.

Burnout is essentially a symptom of stress, so this also counts as a reason why people bail on coding.

Health concerns are a worry for everyone as they age and each job has specific drawbacks to your health. The biggest issue that most software developers face is to do with a lack of movement. Sitting behind a desk all day has some serious consequences for your health and affects mobility long term.

Repetitive strain injury or RSI is also a common health issue with developers. The constant use of a keyboard and mouse can cause inflammation in your nerves which is difficult to treat.

For some people, these health problems are too much and developers end up quitting software development to protect their long-term wellbeing.

Software engineering isn’t for everyone and if you have the wrong personality type it may not be the career for you. If you don’t enjoy problem-solving and sticking with one issue for a long time, development can get boring.

For those of you who enjoy being active throughout your workday, sitting behind a desk could get boring. Some people also stick with one language for their entire career and it can get tedious, a switch to another career is often a remedy for being bored.

The issue of lacking purpose isn’t a software development-specific career issue. Many people work in a particular career only to realize they don’t find it fulfilling. A lack of purpose is also difficult to diagnose and treat.

Unfortunately, the most likely remedy is a complete change of careers and it’s why people end up leaving software development.

Front-end development in particular is renowned for being constantly in flux. New frameworks and approaches come to light all the time. The life of a developer is best suited for someone who enjoys continually learning. However, it can be difficult to keep up throughout an entire career.

Luckily programmers tend to be smart so leaving software development for a new field is not as challenging.

A well-functioning team is crucial to delivering high-quality products. However, as a programmer, you work alone on a lot of tasks. Couple this with a lot of working from home and it’s easy for loneliness to creep in.

Plenty of software jobs don’t have much interaction with end-users or other stakeholders which can also lead to isolation. For extroverts or the more social-minded people, quitting software engineering is the only way to deal with isolation at work.

RELATED Do tech companies hire psychologists? Plus why they are hired